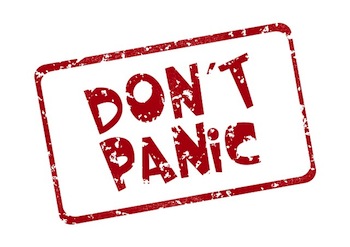 PTSD research is in the news.

An abstract of brand new South African research on PTSD was presented at the 20th conference of the Psychological Society of South Africa this Thursday 18 September.
The research was conducted in 2013 and 2014 at the University of Johannesburg (UJ) and the Maharishi Invincibility Institute on a large group of students and showed extraordinary results in comparison with research which has evaluated other treatments for PTSD.
Several pilot studies have demonstrated that the technique of Transcendental Meditation produces significant reductions in post-traumatic stress (PTS) in both soldiers and victims of war.

This new study examines the effect of the Transcendental Meditation technique in reducing symptoms of PTS among undergraduate students after schooling in South Africa. Most of the students in the study had never been involved in war. Yet they had a traumatic history.

Students from UJ were used as the control group after being screened for PTS in 2013. Test instruments were:

Students from the Johannesburg Maharishi Invincibility Institute (MII) were screened for PTS using the same tests in 2014.

After the initial pre-testing the MII experimental group was instructed in the Transcendental Meditation technique and practiced for 20 minutes, twice a day.

Conclusions of the pilot study indicate that Transcendental Meditation produces a significant reduction of PTS symptoms without the use of pharmacology or re-opening the traumatic event and creating secondary trauma in individuals. This replicates and extends the findings of a study we reported last year on Congolese war veterans.

What is so exciting is that this time the subjects were not war veterans but students right here in Joburg–and the same or greater magnitude of improvements were noted.

This study calls on professionals to reflect on positive alternative means of intervention as part of counselling best practice.

Here are some brief messages from the South African psychologist, Mirah Wilks, who presented at the conference and who was part of the research team:
“… it went very well. ….  The venue was for 80 but interest levels were very high …. There were over 160 delegates attending so many lined the walls and sat on the floor. … Interest was piqued by study and process.”
There will be more news and more details will be released.
We are expecting that more psychologists will be referring their clients to learn TM and that the Maharishi Invincibility Institute will receive even more attention in South Africa. Over time there will be publicity about the research and more students will be drawn to  Consciousness Based Education.
According to Health24.com  PTSD is common in South Africa, owing to high rates of violent crimes, including physical and sexual assault,  hijacking and domestic violence. Rates of PTSD of around 20% have been documented in studies in youth and in patients attending clinics. One prominent South African psychiatrist estimates as much as 25 % of the SA population may be suffering from PTSD!
So this new research is good news. Stay tuned!