How to be Happy – Celebrity Speaker Mark Bunn on Maharishi Ayurveda 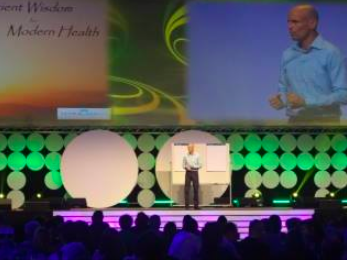 Recently Mark Bunn told us how to be happy using the ancient wisdom of Maharishi Ayurveda.

Mark is a former professional Australian Rules footballer trained in both Western health-science and Maharishi Ayurveda.

After his formal training he travelled with an internationally renowned team of Ayurvedic doctors (Vaidyas) for almost two years. Mark has also studied the secrets of the worlds healthiest and longest living people, is the author of the three-times best-selling book Ancient Wisdom for Modern Health, and was one of 16 featured experts in the international bestselling Millionaire Health and Wellbeing Book Series.

He has practised Transcendental Meditation (TM) for over 20 years and now speaks to over 10,000 people a year in multiple countries on corporate health, Maharishi Ayurveda, TM and the timeless, always relevant, ancient wisdoms of health and happiness. It was great to have him at the Houghton TM Centre.

How to be Happy

Mark ran us through some simple happiness-creating behaviours taken from wise ancient cultures:

What is Maharishi Ayurveda?

Maharishi Vedic Approach to Health (MVAH) is a form of alternative medicine founded in the mid-1980s by Maharishi Mahesh Yogi. He emphasizes the role of consciousness, and positive emotions.

The Maharishi Vedic Approach to Health model is fundamentally different from that of modern medicine, which has deep flaws, including dangerous side effects.

According to respected researcher Hari Sharma: “Vedic thought discusses a unified field of pure, nonmaterial intelligence and consciousness whose modes of vibration manifest as the material universe.” This view is aligned with modern physics.

Disease results from losing connection with this underlying field of intelligence.

The full range of the Maharishi Ayur-Veda program has no less than 20 modalities including the Transcendental Meditation programme.